BOOKING OPEN FOR THE IMMERSIVE SHOW LIVE IN LONDON, SUMMER 2022

PEAKY BLINDERS: THE RISE is the first official fully immersive 360-degree theatre show set in the world of Peaky Blinders and taking place at The Vanguard Theatre, just moments away from the setting for Solomons Yard. Tickets are now on sale here.

Follow the rise in fortune of Tommy Shelby and his family as the unfolding narrative and live actors place the audience right at the heart of the Shelby Company, featuring iconic locations, from the betting shop in Small Heath and The Garrison through to the bakery on the banks of Regent’s Canal, the home of the Solomons gang. PEAKY BLINDERS: THE RISE is the unmissable immersive show live in London from Summer 2022. 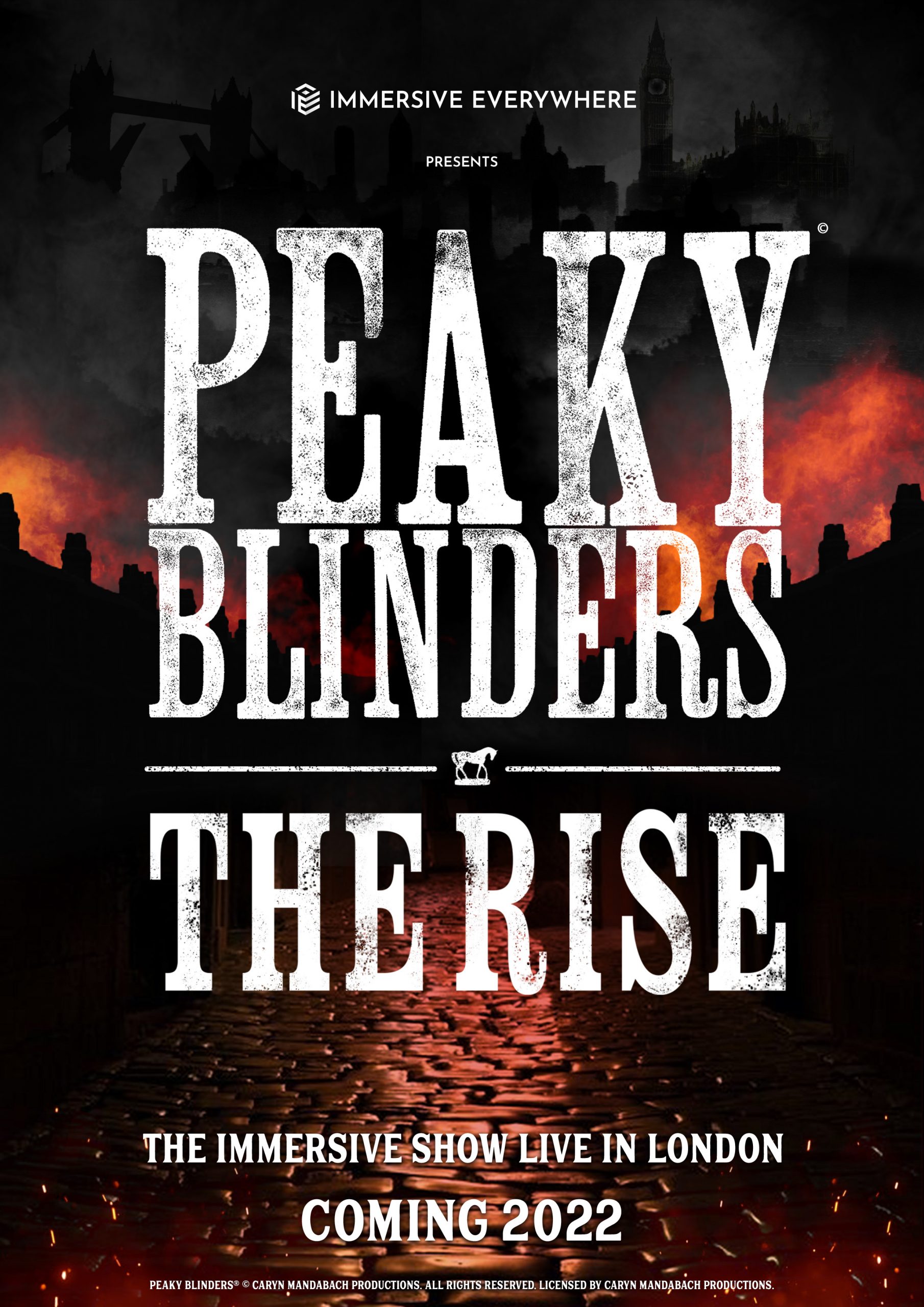