The Secrets Behind the Set

The stories behind the iconic settings of series 1 and 2

As the production designer for series one and two of Peaky Blinders, the main part of Grant Montgomery’s job was to design the sets: choosing the ideal location, deciding on the layout, designing all the different areas and selecting the style and decoration.

For the first series, he built 48 sets to create the Birmingham haunts of the Peaky Blinders. While for the second series, he constructed a staggering 120 sets in order to reflect the expansion of the Shelby’s business operations.

The longest the team filmed on a single set was eight days. The rest were built and filmed on for a matter of days or even hours. One day, they shot Churchill’s office in the morning, the interrogation room in the afternoon and the prison in the evening.

In the past, Grant has worked on productions such as The Crimson Petal and the White, Birdsong, Jamaica Inn and Worried About the Boy. Here, he reveals some of his favourite sets and explains how created what audiences saw on screen.

“The Eden club is a lavish jazz club owned by Darby Sabini, one of the gangster kingpins of London. We filmed on location in a Liverpool club which had a huge very low-slung white ceiling. The moment I walked in I knew we had to paint it gold. It took 30 gallons of gold paint – specially mixed and now known as ‘Peaky gold’ – to transform the club. We put in a dance floor and band stage, as well as creating the intricate scorpion fretwork, which was both a reference to Ryan Gosling’s coat in Drive and the fact Sabini is the scorpion on Tommy’s back.”

“Tommy returns from London and bestows some of the capital’s cosmopolitan glamour on the recently bombed pub. While I loved the original, I had to redesign it from scratch to show the old Garrison’s transformation into a new drinking and gaming business. It has a late Edwardian Scarface look with racy gold scarlet swag curtains and voluptuous women plastered everywhere.”

“We never shot any of the London scenes in actual London. Those outside the Eden club were filmed on a crescent in Bolton. I remember taking director Colm McCarthy down there. We parked our cars in a multi-storey car park and I could tell they were thinking it didn’t look anything like London. Yet, a brief walk across the precinct and we arrived in this beautiful crescent. We filmed on a Sunday and transformed the street by filling it with vintage cars, covering up double yellow lines with a gravel surface, masking ticket machines with police boxes and replacing the heads of light fittings. We even had huge smoke machines and wet downs to give it that great atmosphere.

“For the Camden Lock scenes, we used a canal basin called Ellesmeer Port just outside Liverpool, which was an absolutely perfect match. We then blended a city scape behind using CGI.” 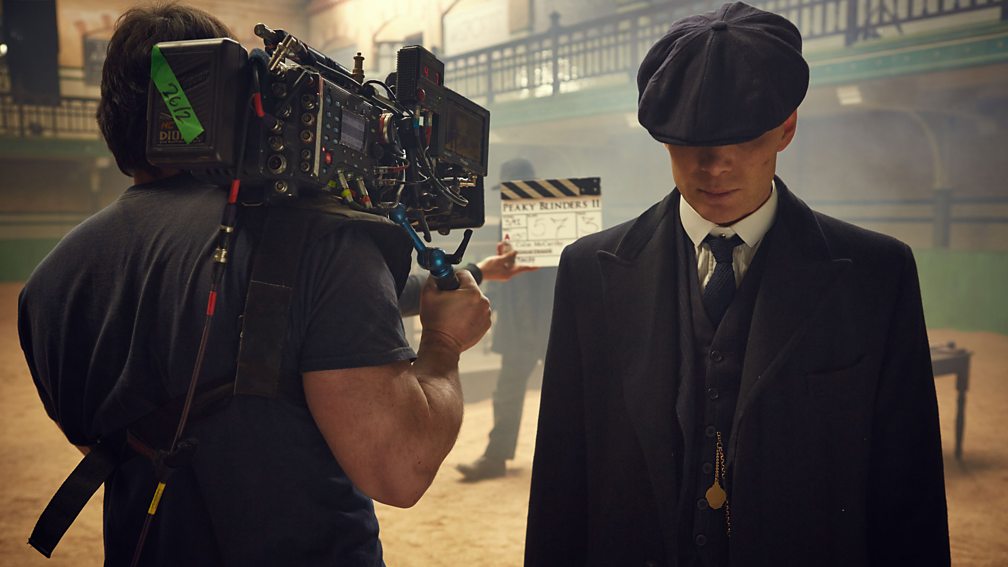 “Believe it or not, we shot the horse fair scene at the old Victoria baths in Manchester. When we looked around, I was reminded of the Horse of the Year shows and had the idea that we could transform this great internal structure into a horse fair. As one of the baths has timber over it, we were able to lay down saw dust down. One of the biggest challenges we faced was that the entrance is just 6ft, so we could only bring horses in that would fit through the door!”

“The headquarters of gang lord Alfie Solomons is an illegal alcohol business masquerading as a bakery at the top of the Regents Canal. We filmed at a deserted rummery in an old part of Liverpool, which is bursting with abandoned casks of rum and spirits from all over the world. The headquarters were originally written as a bakery, but once we spoke to writer Steven Knight about this fantastic location, he changed the script. We dressed Alfie’s desk with lots of detail. Every time he opened a drawer, something would fall out. We even took a photograph of him with his family!” 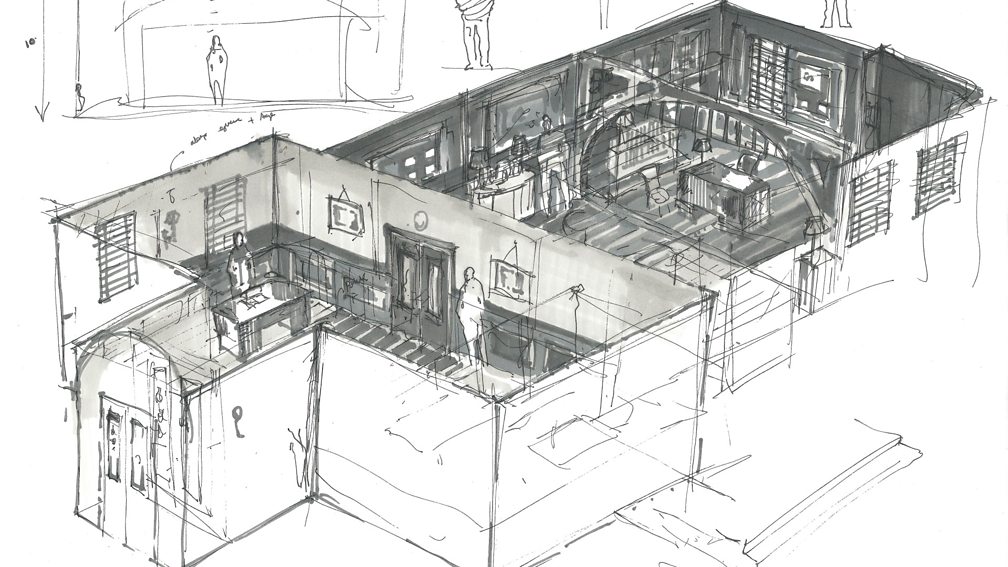 “With Tommy’s office I wanted to reflect his perception of his peers and his efforts to emulate their power. Series two was heavily influenced by The Godfather. The window to the immediate left of his desk, wood panelling and stone arches are all reminiscent of Don Corleone’s library in the film’s opening scenes. If you look hard enough, you’ll see that we even dressed some oranges in to the set. The orange is a symbol of impending doom in The Godfather and again just a little playful visual smile on this set.”