Gustav Temple from The Chap speaks to Alison McCosh

Helen McCrory described herself as ‘a pain in the neck’ when it comes to costume, meaning she gets very involved with the costume department. Would you agree with that?
Helen is very much about her character, and when you’re developing a character as strong as Polly Gray, then you need the involvement of the actor. You need to understand how they feel emotionally and if the costumes are fitting for the character. She’s on board with that and it’s a good thing. 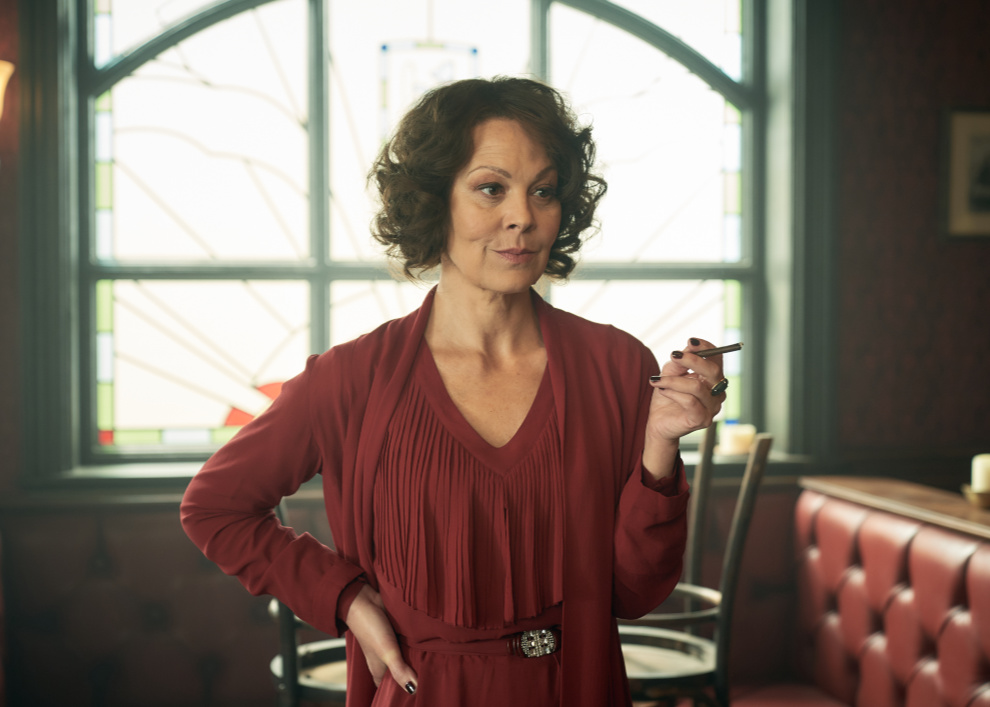 She also said she often finds antique accessories for Polly and adds them to the outfits. Is that unusual, for an actor to bring their own props?
If an actor’s on their journey with the character, it’s sometimes important for them to find something they connect with. So I think it’s quite valuable actually; I’m not opposed to that. If there’s a piece that helps them connect with the character, then that’s fantastic.

She said you always used authentic vintage outfits. How does this compare to having costumes made from scratch?
When you’re doing a period show, it’s important to capture as much period authenticity as possible. I find that today’s fabrics don’t tell the true story. So I find auction houses selling vintage clothes and fabrics, and then I’ll adapt from that. It ends up being a balance between vintage pieces and items made from vintage fabric. Sometimes we’ll have to re-weave a piece back together, but what you get is the right colour. What I’ve found is that when an actor walks into an authentic piece they really feel like they’re becoming the character, and that really helps them transition. 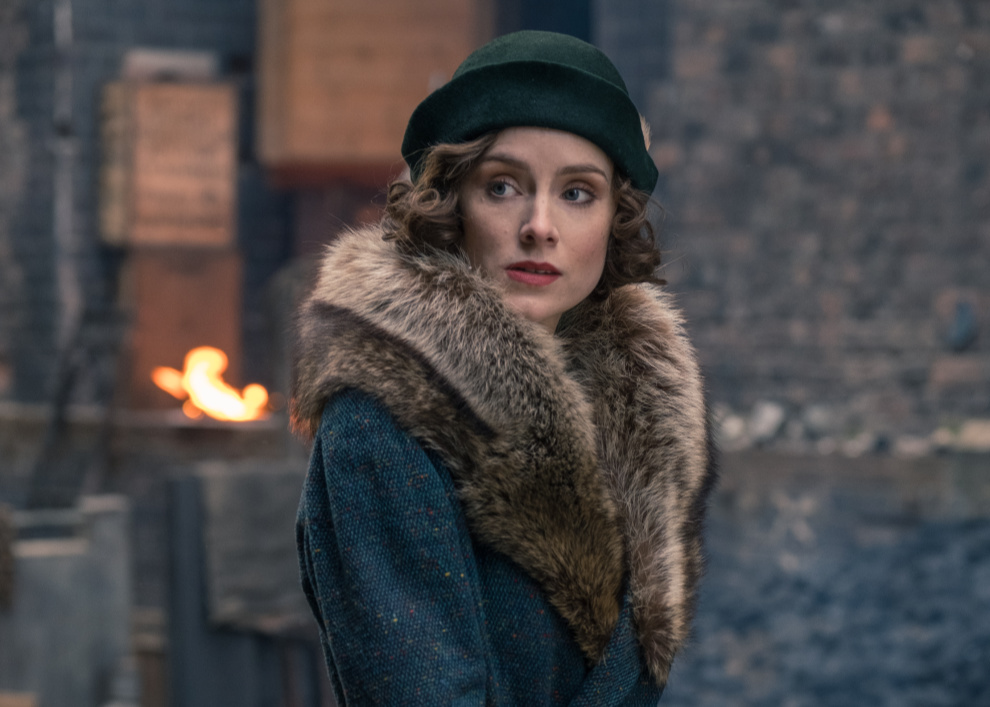 Do you try to make each female character stand out, with her own look?
It’s important to tell the story via the costumes, so there are a lot of conversations back and forth with each actor. Getting the emotions correct and whether they can move correctly in each costume. So Ada Thorne is a small-town girl who’s gone to America and done quite well. The clothing is a representation of who she now is. She collects art; she’s in a better social circle. So the choices in clothes make her feel like she belongs and she’s valuable and she’s worth it. It’s also reflected in her home styling.

And she wears lots of fur?
Yes! Obviously it isn’t PC nowadays, so all the fur is vintage pieces. We were ambivalent at first but decided that fur was correct for the period. 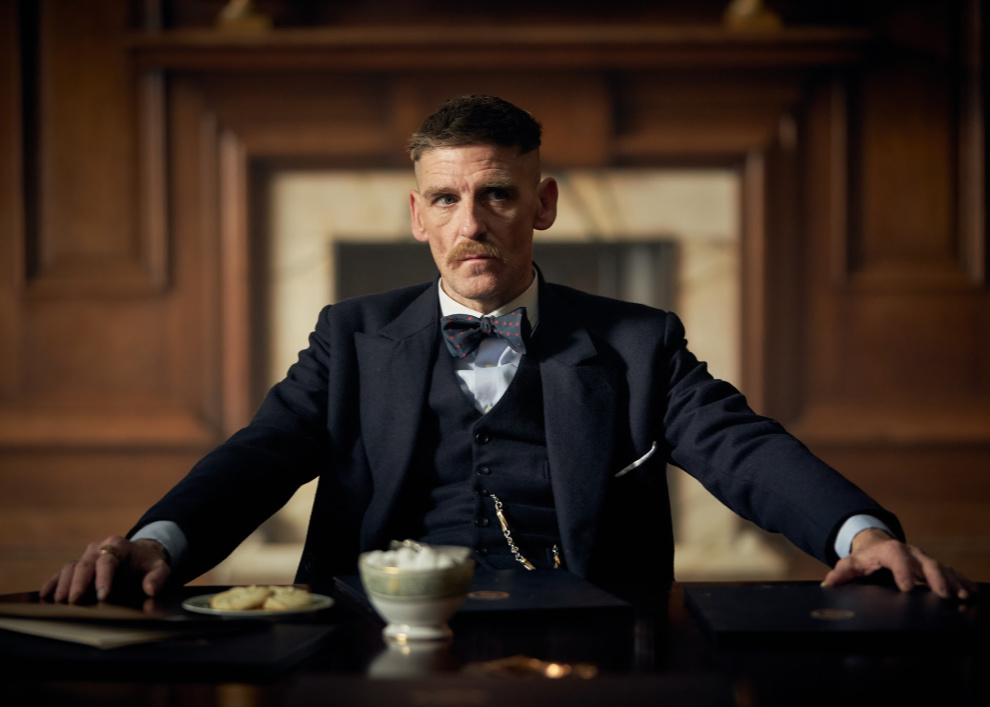 For the male actors, how did you tackle taking over from the previous costume designer, with such an established, iconic look?
The script really informed me where it should go. Because of Cillian’s character stepping up into the world and having more money, the clothes had to reflect that. So the script really lent itself to allowing me to move the costumes forward and make changes.

Is the men’s costume all tailored?
Yes, all the male lead’s costumes are tailored, everything. At the end of season 4 you see Tommy going into politics, which I thought needed a sharper, pinstriped, more formal look, but still holding his own. I can’t give much away, but there’s a part of Tommy that we never really let go of. 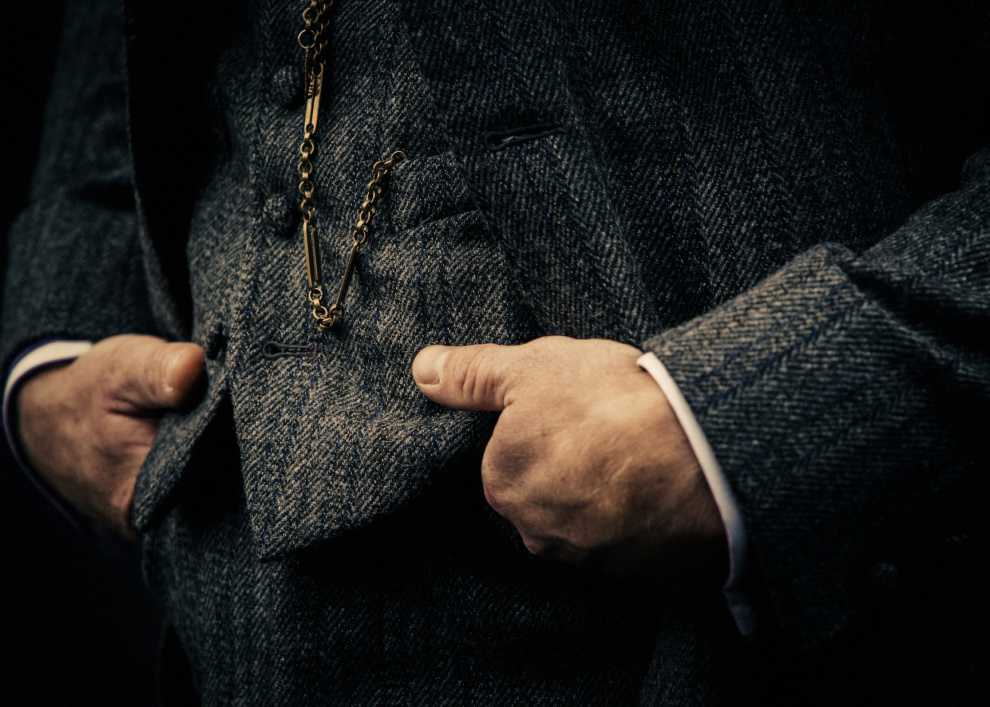 The hob-nailed boots have disappeared too. What kind of shoes did you put the male cast in for season 5?
The shoes are often where we start, as they anchor the actor. We started with a classic lace- up boot, which the actors all feel comfortable in. So we kept them in boots. In season 5 there’s a slight change but I can’t tell you more than that.

I saw a publicity still where it looks as if Tommy is wearing spats?
They’re actually a two-tone boot made of suede and leather.

Sam Claflin plays Oswald Moseley – was it more difficult styling a real person from history rather than a fictional character?
I spoke to Sam about it and he wanted to have an injection of his own. It’s a classic look, again, but we had to make it accurate. 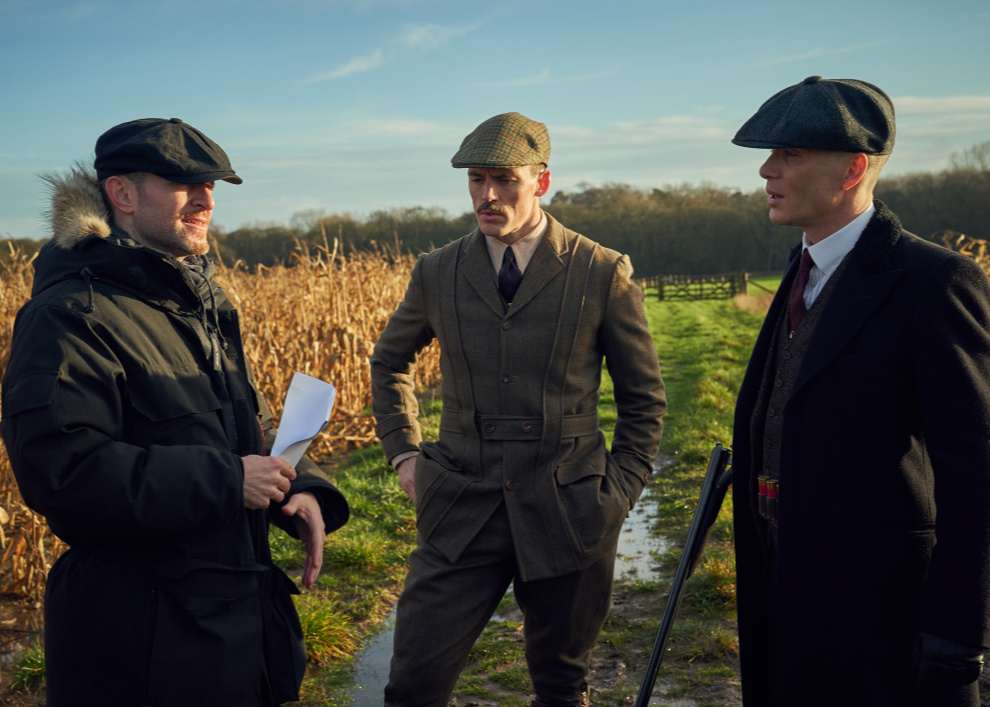 You must have noticed the amount of men now dressing in Peaky Blinders style?
Yes, I think it’s great, if that style works for you and you’re enjoying it. But the cut is really important; it has to work for you. It’s all about the fit, and whether you own it and believe in it.

You’ve worked on the X-Men films. How does working on Peaky Blinders compare to that?
I love my work and I treat every script differently. It’s about telling the story and making sure that the actor feels the character. If the costume has helped that, then it’s a job well done. When you do a period piece like Peaky, you have a certain responsibility to the historical period. I spend a lot of the prep time visiting auction houses all over the world to find vintage pieces. I get a lot of good pieces from America and all over Europe. However, this means there can be a lot of recutting and reshaping to make the outfits fit the actor.