A gangster family epic, set in the lawless streets of Birmingham post the First World War

Small Heath, Birmingham, 1919. Thomas Shelby (Cillian Murphy, Inception) and his family run the most feared and powerful local gang, the Peaky Blinders. Named for their practice of sewing razor blades into the peaks of their caps, they make money from illegal betting, protection and the black market.

But Tommy’s ambitions go beyond running the streets, and when a crate of guns goes missing from an arms factory, he recognises an opportunity to move up in the world. As rival gangs, Communist revolutionaries and IRA Fenians descend on Small Heath in pursuit of the weapons; Winston Churchill dispatches a ruthless police chief from Belfast to impose order on an increasingly lawless city and recover the guns.

Writer and creator Steven Knight says: “Season One lifted the lid on a world undiscovered and forgotten by history but alive and kicking in oral tradition. I mined the memories of relatives regarding the lawless streets of Small Heath Birmingham, run by gangsters, rocked by turf wars, ruled by the Peaky Blinders. Tommy Shelby arrived on a black horse.  He fought memories of war, London gangs, and his own father as well as the indomitable Major Campbell of Special Branch.  He also found Grace and he found love. Series one was about destroying the template of British period drama.  The music took lots of people by surprise and surprise is good.”

Time to make some real money.

As the 1920s begin to roar, business is booming for the Peaky Blinders gang. Crime boss Thomas Shelby starts to expand his criminal operations to London, and his rise brings him and his family into contact with new worlds of hedonism and excess. Meanwhile an old enemy has returned to Small Heath, Birmingham, intent on revenge. Soon, Shelby finds that he has been chosen to play a role in a covert paramilitary operation – a role that will most likely lead towards his own demise.

Welcoming to the cast Charlotte Riley (Easy Virtue), Noah Taylor (Game of Thrones), Finn Cole (Animal Kingdom) and Tom Hardy (The Dark Knight Rises) as the inimitable Alfie Solomons, Season Two proved how many more stories there were to tell about Tommy Shelby and his family, living in these extraordinary times.

Steven Knight says: “Season Two saw the Shelby family begin to expand their empire and spread their influence into corridors of power. Society horse trainer May Carlton caught Tommy’s eye, but Grace still held his heart.  This season was about love, good and bad and twisted out of recognition.  Polly finds a son and kills a man. Major Campbell dies and Tommy steps out of his own grave to carry on, a man beyond death.  This was when Peaky hit its stride because it became about people who are truly victims of their own wild and unknown destiny rather than their own decisions or their own history. We all want to be in that position I think.”

When Thomas Shelby is approached by a secret organisation on his wedding day, he is drawn into a maze of global intrigue involving White Russians and a dark force at the heart of power called the Economic League. Coerced into the most audacious crime of his career, Shelby faces overwhelming forces in every part of his life.

Steven Knight says: “In Season Three I wrote the death of a major character.  This was hard to do but necessary. Exiled Russian aristocrats underestimate Tommy and John and Arthur and Polly and pay the price (no one ever learns).  Alfie Solomons established himself as the only man Tommy can really talk to.  But this series was about loss and carrying on when there is nothing to live for. The Shelby business spread west to America.”

I’m not a traitor to my class. I’m just an extreme example of what a working man can achieve.

December 1925. Tommy Shelby OBE is a man alone, estranged from his family and focussed only on business. But when he receives a mysterious letter on Christmas Eve, Tommy realises that the Shelbys are all in danger of annihilation. As the enemy closes in, Tommy flees his country house and returns to the only safe place he knows: Small Heath, Birmingham.

“Season Four was about overcoming death.  Or the fear of death.  Tommy, Arthur and John always felt they were dead already. They were always ghosts returned from France.  In this series one of them met death for real and Polly discovered what the boys had known all along. The freedom you get when no consequence scares you.  In the words of Francis Bacon ‘since everything is so meaningless, you might as well be extraordinary’. ” – Steven Knight.

Sometimes, death is a kindness.

The world has been thrown into turmoil by the Wall Street Crash of 1929. Opportunity and misfortune are everywhere. When Thomas Shelby MP is approached by a charismatic politician with a bold vision for Britain, he realises that his response will affect not just his own family’s future but that of the entire nation. But as he prepares to sabotage the new dark force that is threatening Britain, Tommy faces demons of his own…

Steven Knight says: “Season Five was about how the Shelby family became part of the fabric of history.  It was also about the rise of Fascism.  Tommy faces an evil even he cannot reconcile and tries to put his considerable political abilities to work defeating it.  But Tommy is not a good man and the line between good and bad is something he needs to discover. In this series I wanted to suggest for the first time that Tommy might even believe he has a chance at redemption, and that redemption  might even mean something to him.  He also finds that he loves his wife and that his children are a reason to go on living.  Welcome, Tommy, to the fringes of the human race.” 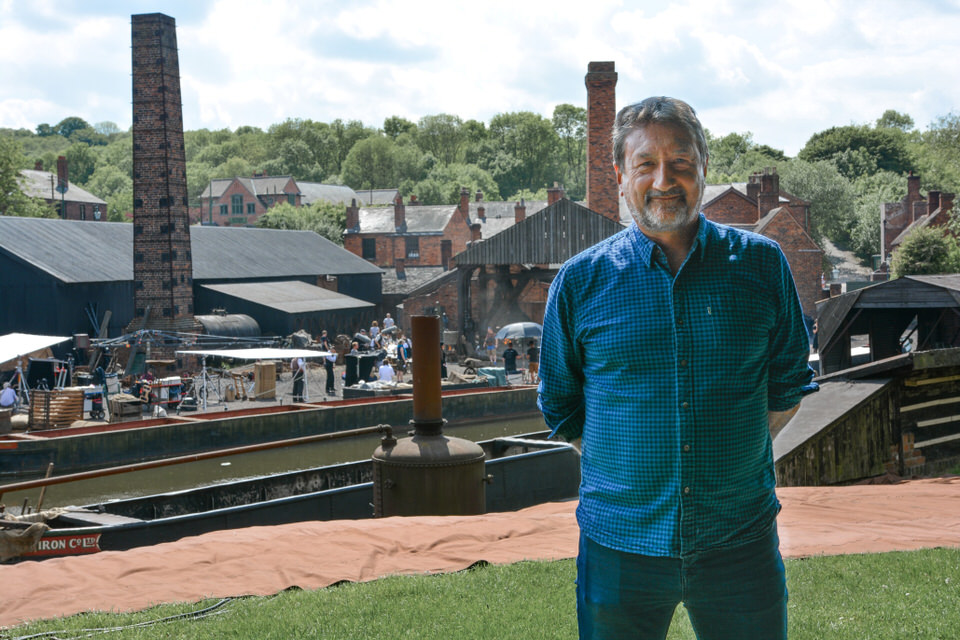 Writer and creator of Peaky Blinders Steven Knight grew up in the Small Heath area of Birmingham. His childhood was to become pivotal to his creation of Peaky Blinders which is based on retellings of his parents’ stories of growing up in Birmingham in the 1920s. This epic gangster drama first aired in 2013 and has now run to five series, with the sixth series currently in production, attracting a global following of fans.